Geo-Hydro is proud to announce that we have completed our role as part of the project team for the University of Georgia (UGA) Sanford Stadium West End Zone enhancement. Geo-Hydro provided geotechnical engineering, construction materials testing, and Special Inspections services over a span of two years for the $63 million project for the UGA Athletic Association.

Starting in 2016, Geo-Hydro provided its services for the both the design and construction of the West End Zone project alongside the project architect, HOK, the project contractor DPR Hardin Construction, and the UGA Office of University Architects for Facilities Planning. The West End Zone enhancements were unveiled after 17 months of construction for the Georgia Bulldog’s first football game of the season on September 1st. 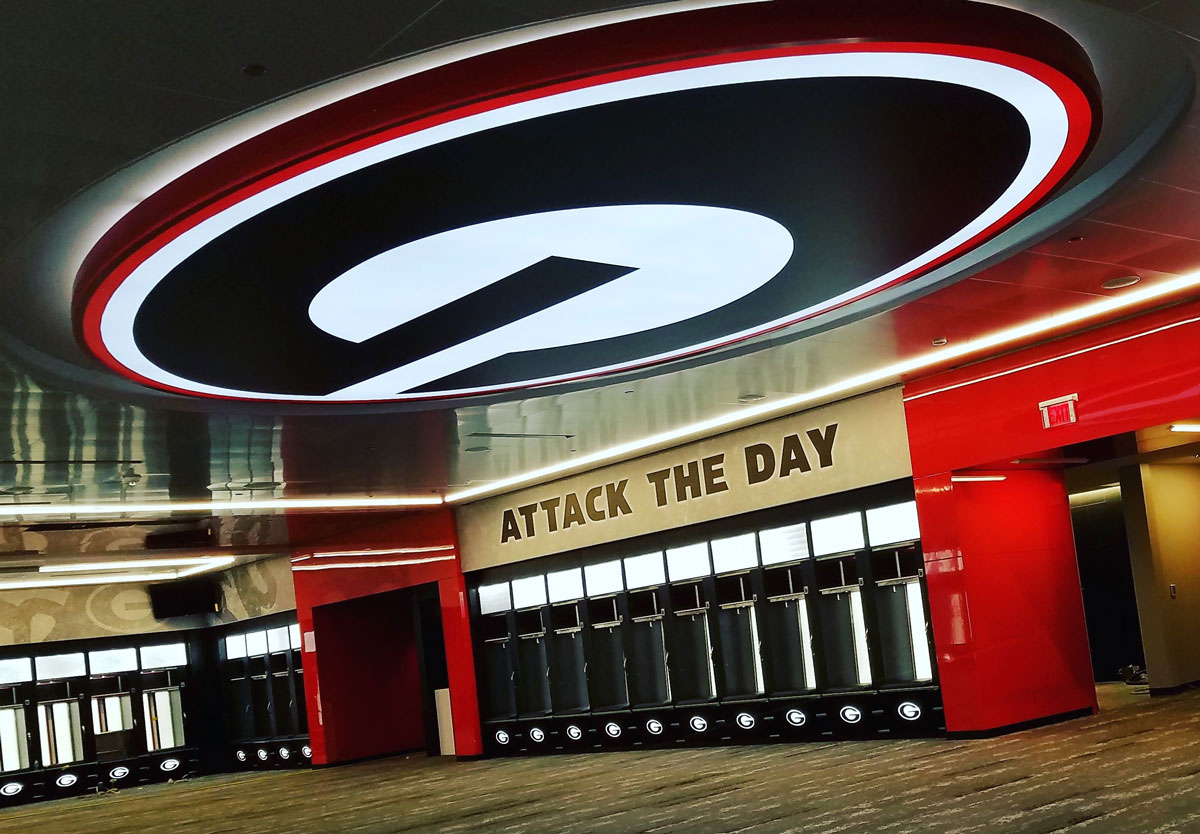 The west end expansion also enhances the fan experience. The improvements include a new, 33% larger video scoreboard and new upper and lower plazas. The lower plaza, which replaces all previous fan entrances in the west end, includes greater space for restrooms and concessions. The upper plaza will allow fans direct entry into the stadium from the Sanford Drive bridge that overlooks the stadium.

Phil Barber, Geo-Hydro’s managing principal, expressed his excitement over Geo-Hydro’s opportunity working on this project. “With one of our five offices being in Athens, we are proud to once again add to the vibrancy and spirit of this wonderful college town and the Bulldog Nation.”

Geo-Hydro’s history working with the University of Georgia dates back to 1986. Over these 32 years, Geo-Hydro has worked on many other major projects for UGA, such as the Science Learning Center, the Russell Hall Dormitory renovations, the Veterinary Medicine Learning Center, and the Baldwin Hall renovations and additions.