Starting out as a novice runner, David began to train last September. He worked his way up to running 50 miles a week as he prepared over the following months for the marathon. To complement his training, he added activities such as swimming, rowing, biking, and strength training to his regiment.

Two weeks before the marathon was scheduled to take place, David discovered it had been postponed until October due to COVID-19. However, he didn’t let that stop him from going the distance. He set up an individual marathon for himself and ran the 26.2 miles along the greenway in Greensboro.

David is continuing to train with the goal of improving his time for the rescheduled Emerald Isle Marathon in October. His latest feat included running a virtual race, the Great Toilet Paper Chase 2020.

David’s dedication shines both inside and outside the office, and we couldn’t be prouder of him! 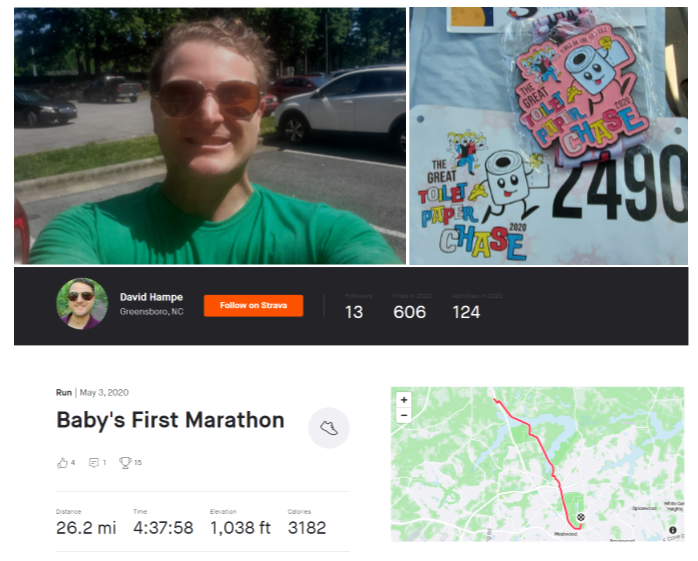