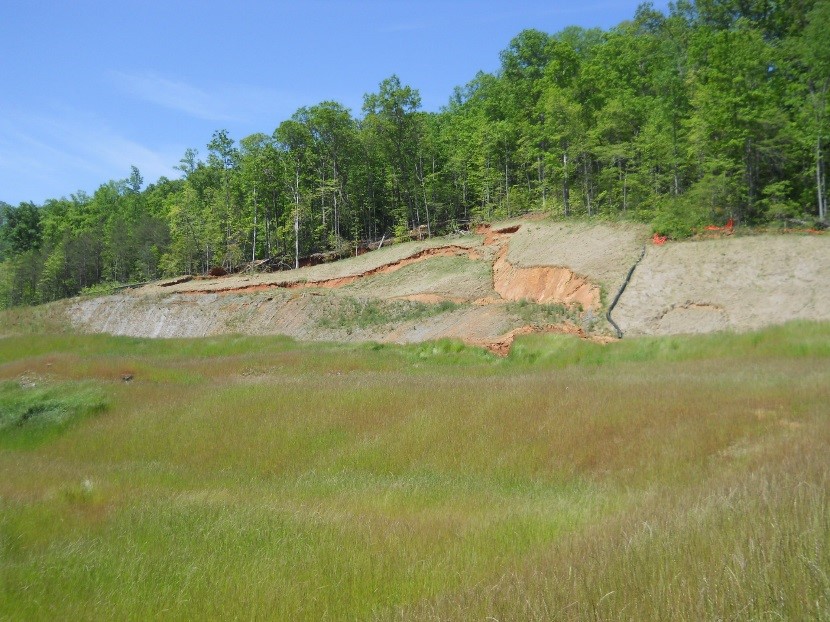 In North Georgia it is customary to assume that a 2H:1V slope cut into undisturbed residual soils will be stable.  The primary reason for this presumed stable slope configuration is because for the great majority of cases, it works.  But occasionally, there is an exception.  A large cut slope in Hiawassee, GA defied the odds and triggered a progressive slope failure up the side of a mountain.  After the slope began failing, Geo-Hydro was engaged to perform an exploration and geotechnical engineering analysis.  Our work concluded that the residual soils forming the slope included remnant weak planes or slickensides from the parent rock which originally formed the side of the mountain.  By excavating the slope, the confinement pressure holding the soil together along the slickensides was lost, triggering extensive and progressive slope failures.  The introduction of water from near record rainfall over a period of months didn’t help the situation either, as water acted as a lubricant along the remnant slickensides, aggravating and accelerating the displacement of failure zones and the formation of new scarps.

Sometimes Mother Nature reminds us that the complexity and variability of conditions in the natural environment are virtually infinite.